The beginning of the year is one of the busiest time for travel planning. If your New Year’s resolution is to travel more, we highly recommend you the trip to Lithuania – a country that has a rich history and beautiful nature.

In this article we give you some travel advice what to visit if you are going to Lithuania for the first time.

First of all, of course, is the capital of Lithuania Vilnius. The Old Town is protected by UNESCO and has a lot of places to visit. The highlights are the magnificent baroque Cathedral and remaining tower of medieval castle – Gediminas Tower, stunning gothic style ensemble of St. Anne and Bernardine Church, classic Town Hall Square, Vilnius University, established in 16th century, and historic Presidential Palace. There are other places outside The Old Town: beautiful Catholic Church of St. Peter and Paul, bohemic Uzupis area as well as one of the tallest buildings in Easter Europe – The Television Tower. Worth mentioning, that Vilnius is not only famous for its Old Town, but also for its greenery too. For that it’s a good idea to visit Puckoriai Exposure, where wonderful landscape of forest and river can be seen. The top museums of Vilnius are: The Museum of Genocide Victims, known as The KGB Museum, The Palace of the Grand Dukes of Lithuania, The Money Museum of the Bank of Lithuania, The Energy and Technology Museum. For those who wants to see the panorama of Vilnius city should be interested in visiting The Bell Tower of St. John’s Church, viewpoints of Subacius Hill or The Hill of Three Crosses.

The second most travelled spot is historical capital of ancient Lithuania – Trakai town, which is famous for its fascinating scenery and medieval Castle. Trakai Castle is the only castle in all Eastern Europe, situated on the island and is the best repository of Lithuanian Grand Dukes history. Do you know the fact that in 14th century The Grand Duchy of Lithuania reached The Black Sea and was the largest country in Europe?

Another ‘must see’ object in Lithuania is probably one of the most spiritual and inspiring place – The Hill of Crosses. Standing upon a small hill are many hundreds of thousands of crosses that represent not even the religious devotion of the Lithuanian people, but also is the symbol of nation’s fight for the independence of USSR.

And talking about the nature, we can’t forget the gem of Lithuanian landscape – The Curonian Spit National Park, which is 98 km long peninsula between Baltic Sea and the Curonian Bay, formed more than 5 000 years ago by the sea surge and streams, sand and wind. It gives an unforgettable impression to visitors with its wind-blown dunes, bright pine forest and authentic homesteads in Juodkrante, Pervalka, Preila and Nida. This object has received the global community recognition and was included in UNESCO World heritage list as a cultural landscape site with a multitude of natural and cultural heritage assets.

As a final point it is necessary to note a few more cities to be considered. Therefore, Kaunas – a temporary capital of interwar Lithuania is famous for its unique modernist architecture, cozy Old Town and well known museums: bizarre Devil’s Museum, an oldest National Art Museum and the largest open-air Rumsiskes Ethnographic Museum in Lithuania. After that, SPA lovers definitely should visit Druskininkai resort, filled with green pinewoods and mineral waters, crystal-blue lakes and other natural riches. Modern and high quality of wellness services turn Druskininkai into an exceptional peace, rest, health and pleasures oasis. In addition Anyksciai town shouldn’t be forgotten as well. This small town is becoming a big ‘star’ for the travellers, because of the various and compact-situated sightseeing spots, such as walking path above the tree tops, traditional craft’s workshops at The Horse Museum and historical and technology exhibits at The Railway Museum. 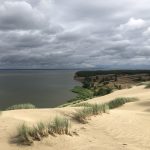 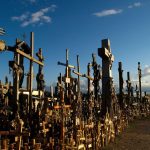